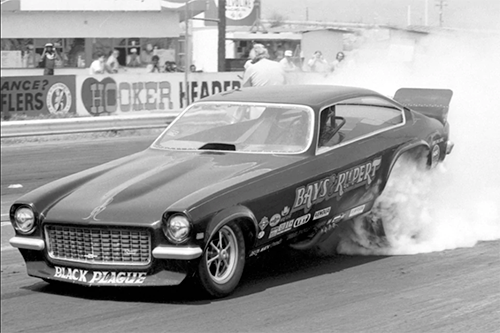 Frank’s career began in the 1960s when at age 19 he began racing in the B/ and C/dragster classes in the Pacific Northwest. In 1965 and ’66 while behind the wheel of the “Eagle Electric” dragster, Frank was running 200-plus mph and shattering track records left and right. Before the Drag News Top 10 list was dissolved in light of sanctioning bodies and points systems, Frank Rupert and the “Eagle Electric” were number 3 on the list.