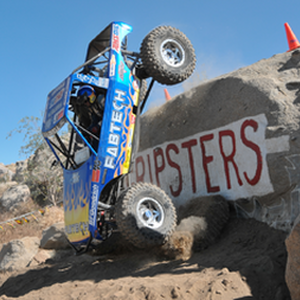 It has been a while and I want to give you a report on the 347 you built for us. In the past two years we have entered our truck in desert races, rock races (drag racing over rocks), rock crawls, and rally style hill climbs. We haven’t talked much because there have been absolutely no problems with the engine. We have tortured this thing occasionally running at angles that don’t give oil pressure. We have run it in hill climbs until it revs out reaching temperatures that I care to forget! We have raced and beat others running LS2’s. We have rock crawled and beat competitors running $25,000 Volkswagen motors. We have smashed the oil pan on rocks and dropped the whole truck off a 12 foot wall. After more than 20 races, all I have done is change the oil!

I just wanted to say thanks as I make my living through racing and depend on the engine you guys built. We have won 9 races with this 347. You guys must have something figured out. Rest assured you will be on the top of the list for future trucks.