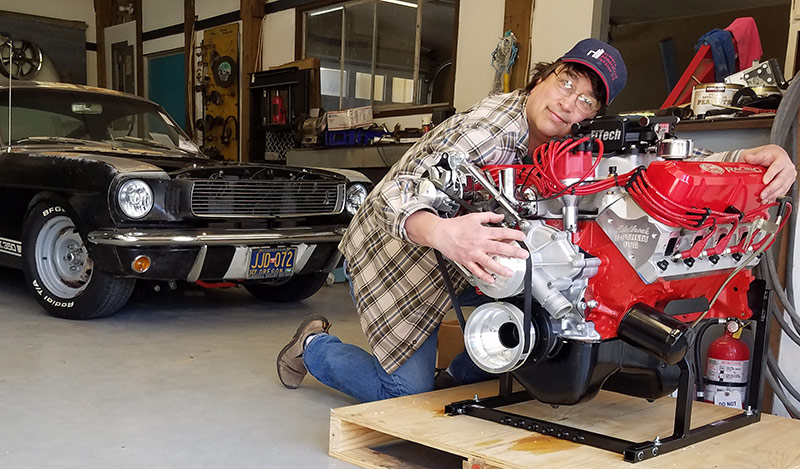 Thank you so much for the wonderful build of my Ford 408 Stroker motor. I bought this 1965 Mustang fastback at age 19 just before I went into the Navy. I traded a 1965 Mustang notchback (my first car), a dirt bike, and 900 dollars for it. It was wearing Shelby clothes when I got it but it is not a Shelby. I drove it for a while and then put it in my parents garage when I went off to serve the country. Four years later when I came back from the Navy it was buried under my dad’s stuff. LOL. I have dragged it around with me not running now for 42 years with plans of getting it running when I retired. A recent divorce brought me to a new living situation more out in the country where I met a fantastic mechanic that loves to work on older Fords. It’s now a badass machine with a sweet Proformance Unlimited 408 thumper in it. I don’t plan on painting it at this time as it tells the story that the car and I have been through. Gonna take it to the car show and put a touch me sign on it.

Special shout out to my dog Smoke who tolerated putting Shelby stripes on him for the picture. 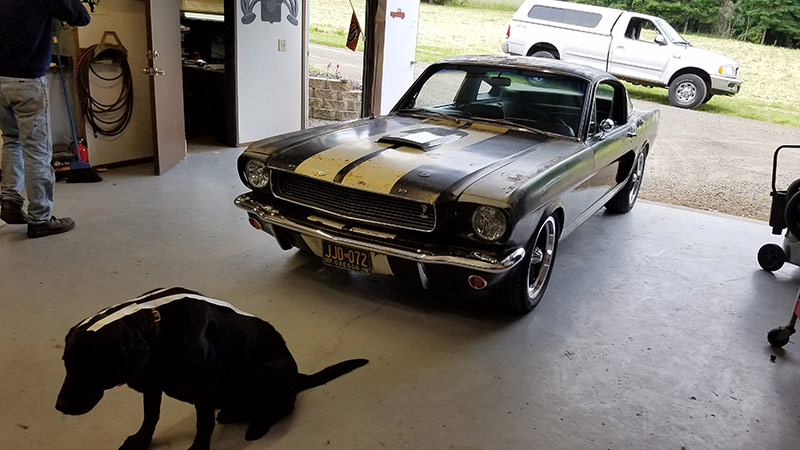 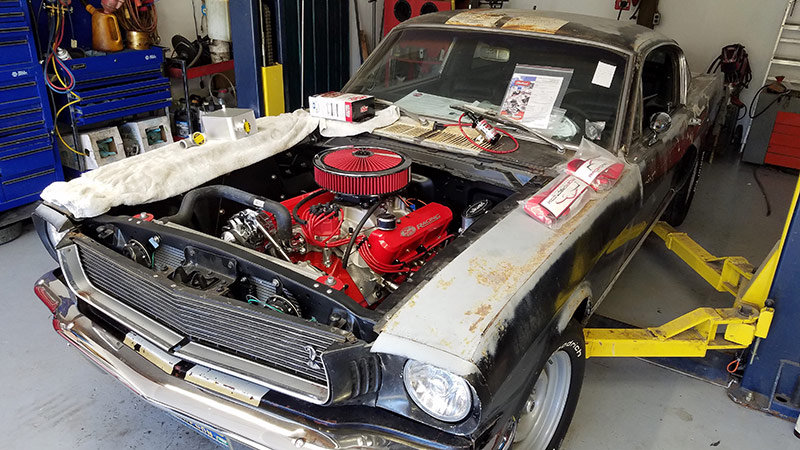